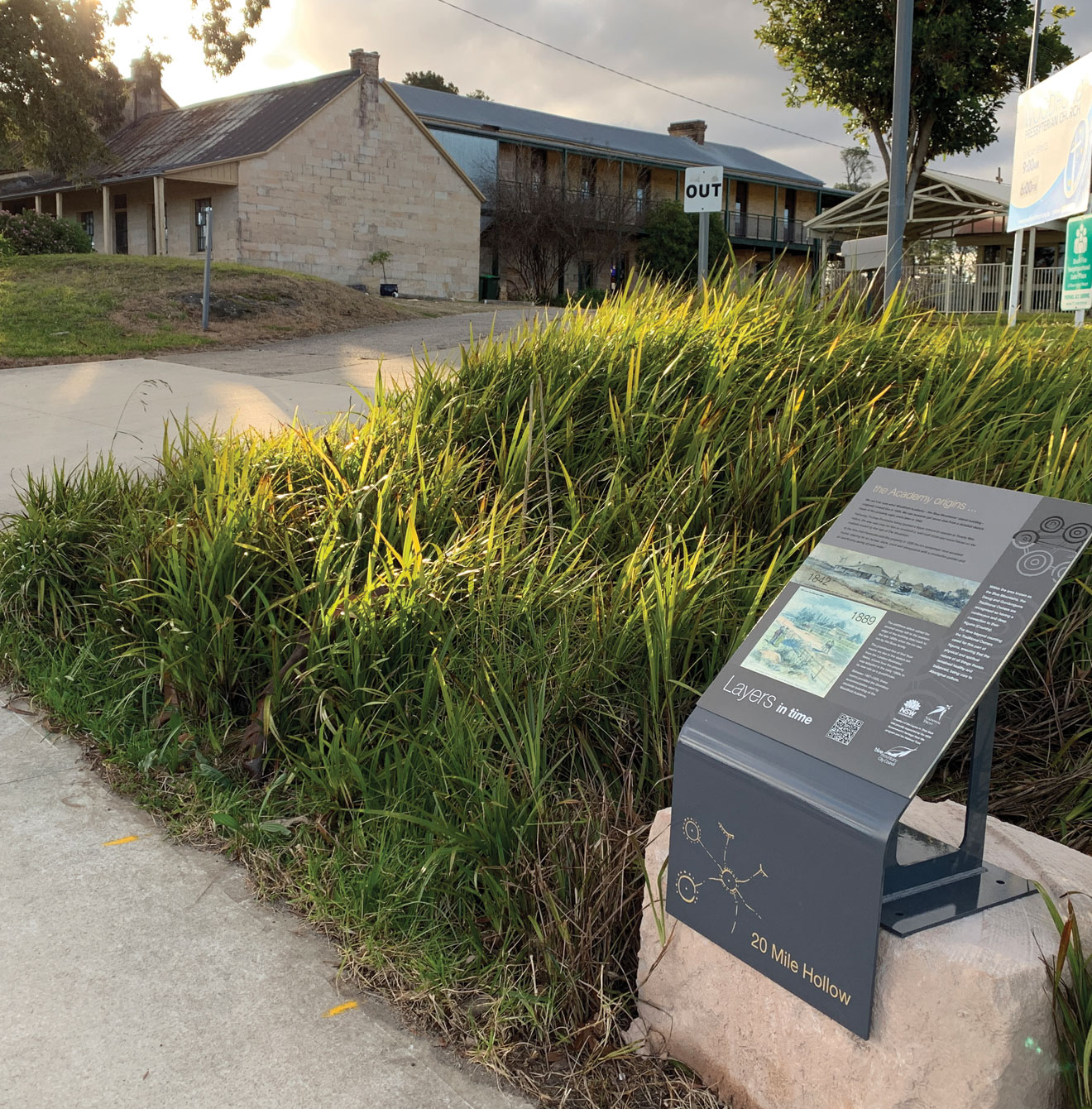 The final sign along the trail is located at the eastern end of the Woodford Academy.

Its position alongside the major highway results from its origins as a roadside inn created to cater to the needs of travellers using Coxs Road across the Blue Mountains.

The term "Academy" was attached to the building in the first decade of the 20th century when the then former guest house and its grounds were adapted for use as a private school.